The east of the Federal Republic of Germany, on the border of the German Democratic Republic: In the 60s, Adelheid and Wilhelm Busch, sister and brother, have inherited the “WERRA-POST”, a small daily newspaper, from their father. The paper is distributed in Friedheim, a previously flourishing small town, and throughout the Werra valley.

Since 1949, four years after the end of the war, the circulation has dropped drastically. The reason is the new European border, the border which passes right through the middle of Germany and which soon formed the insurmountable boundary between two systems - the Western World and the Eastern World. Today the town is in a lethargic state. Nothing of interest happens anymore. Something has to be done now to save the “WERRA-POST”.

One day, Willi, whose conversation is liberally peppered with apposite moral rhymes from the famous German poet and thinker Wilhelm Busch, decides to take matters into his own hands. The inhabitants of Friedheim have to be shaken out of their sleep: Why not invent sensational news to get the newspaper into the black? Friedheim does in fact emerge from its boundaries and enter the headlines. A tragic German comedy begins.

In all his work, his interest in German history and his affinity for experimenting with film technology is obvious. His films can be assigned to a variety of genres. At one point it could be a quiet horror movie – NIGHTSHADE, then again, comedy meets tragedy in THE EXPULSION FROM PARADISE. But you can also find an unadulterated melodrama in a speeding train – RHINEGOLD. Another variation is acted out in the intimate play DORMIRE. In it, two women meet on a night train – but they won’t be able to sleep for a moment. And what seems to begin as a German vs. German espionage film, quickly transforms itself into a sinister screen romance in THE LITE TRAP. The theme of the science fiction thriller THE SPIRIT, on the other hand, is the digitalization of the world, a nightmarish scenario is overcome with state-of-the-art technology. The satirical drama THE WILLI BUSCH REPORT also comes courtesy of Schilling’s continuously inspirational perspective. The setting of the flm – the impassable border posts that divided Eastern and Western Europe – disappears 10 years later: The Berlin Wall falls! World history provokes Schilling into making an authentic historical comedy: BORDER FRENZY. The fictive story with the codename THE BLIND COW would ultimately go even further. The storyline deals with a particular world-historical conspiracy from outer space. 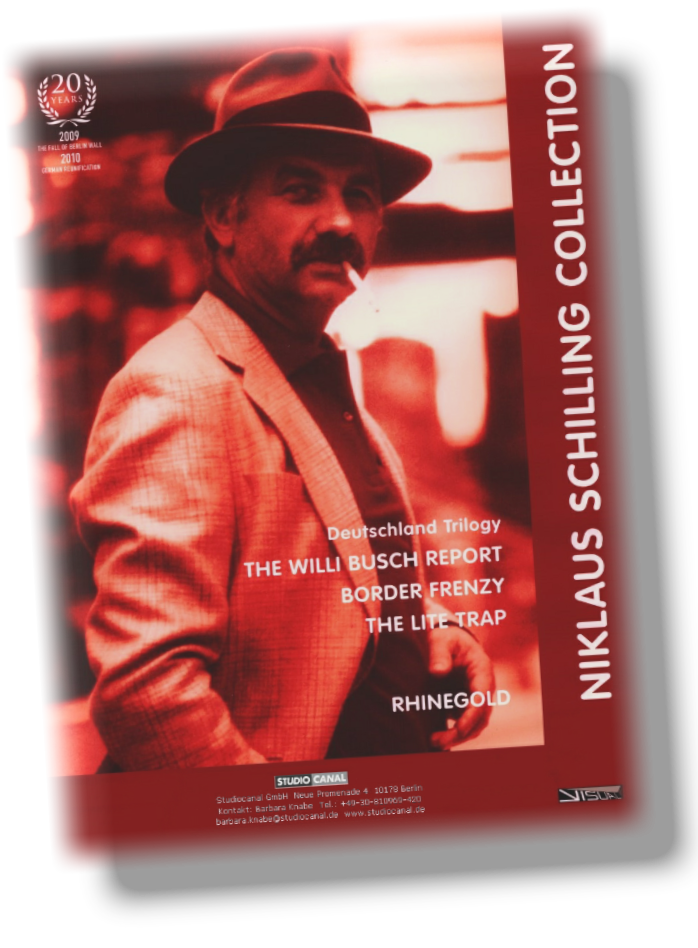 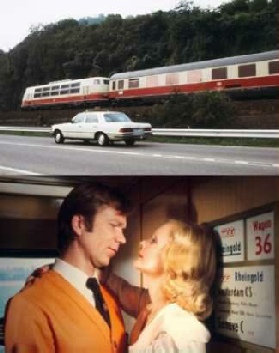 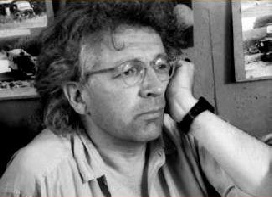 The Trans-Europe-Express “Rhinegold” pulls into Düsseldorf station at the usual time, 10:20 a. m. Elisabeth Drossbach always takes this train to travel between her family home in Düsseldorf and Geneva, where her husband, Karl-Heinz, has spent the last years of his service in the diplomatic corps. This will be her last trip for some time, since her husband is to take up his new post in New York in a few days.

It was during one of these frequent journeys that Elisabeth encountered her childhood sweetheart Wolfgang Friedrichs for the first time in 14 years. He now works for the railway’s catering service, wheeling his refreshment trolley up and down the aisles of international trains. Their former friendship is instantly rekindled and resumed. Elisabeth has, in the meantime, become a diplomat’s wife, and Friedrichs, who as a child had shown her his model railway, is now a waiter serving her coffee. Somewhere on the Rhine, in the “Rhinegold”, they realize that they have plotted a course for themselves which will irrevocably lead to passionate love.

Their new relationship is determined by the railway timetable. Their journeys between Düsseldorf and Geneva become increasingly ecstatic encounters. With Friedrichs, Elisabeth discovers her sexuality for the first time and indulges it like a woman possessed. She grows further and further away from her husband. Friedrichs wants the relationship to develop. He is no longer prepared to see and love Elisabeth only as a passenger. She, however, remains uncertain, and has apparently decided to go to the USA. It seems that their feelings will vanish once again.

But this last journey takes a surprising turn when, at 11:07, Karl-Heinz Drossbach boards the “Rheingold” in Bonn! 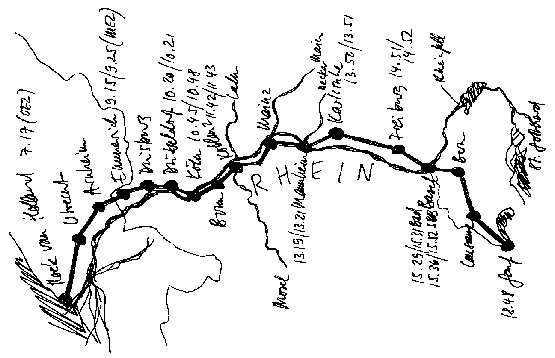 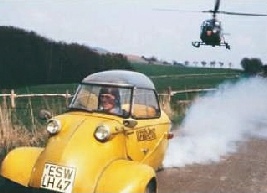 With the historic events of November 9, 1989 (the fall of the Berlin Wall), the little town of Friedheim, on the very edge of the Western world, is shaken out of its sleep. An enthusiastic and friendly invasion from the East sweeps across the border that once divided the two Germanys as well as the two world economic systems, overwhelming the valley like a tidal wave – the border is open! The journalist Willi Busch, who had been planning to take early retirement, no longer knows whether he’s coming or going.

The stories and anecdotes that he invented in the seventies to save his local newspaper are lovingly remembered, and not only by the people of the region. No sooner has the day begun, when an unexpected present from the GDR arrives in the form of a real-life, flesh-and-blood daughter: Sascha a young and an attractive girl who is keen to move in with her father, the famous-infamous Willi Busch.

Inevitably, in the course of these turbulent times, his sister Adelheid – the former publisher of the “Werra Post” – and his one-time mistress Helga come back to Friedheim. Slowly but surely, the three women take hold of the reins. The legendary “Werra Post” is to rise from the ashes and return as the newspaper for the entire “Werra Valley”. And this time, the stories will be written by history itself! Meanwhile, Willi is busy making repeated excursions into that foreign land, the GDR, and in particular, to pursue a passionate liaison with a laboratory assistant in the eerie “House of the Body”. At the same time, the revolutionary citizens see him as Vàclav Havel’s little brother. And promptly, the first posters begin to appear in the valley with the words: “Willi Busch - Our Candidate For President Of The Free Republic Of Werra”. They show a rather grim-faced Willi, but Goliath, a little robot who is perched on his shoulder, is obviously having a good time. 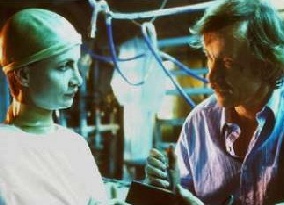 There are in truth three German states. In addition to the Federal Republic of Germany and the German Democratic Republic, another “imaginary” state has come into being - the world of German intelligence. Its territory may have constantly fluctuating borders, but it has its own obscure administrations and laws, even its own radio stations and its own citizens.

Harald Liebe (Armin Mueller-Stahl) is one of them. By a devious route he comes from the GDR to the German Federal Republic, from East to West, and he slips out of one ideology and into another. His assignment is to check up on a certain Dagmar Ostfeld (Beatrice Kessler). For a considerable time she has been supplying top secret material from the MMU concern to the East; but the information that she is delivering has become increasingly worthless. There is a suspicion that she may be working as a double agent.

Not even the first encounter goes according to plan. Liebe does not want to admit it, but the woman electrifies him from the outset. A strange relationship develops, one that is nourished by mistrust and attraction alike. Little is needed to turn this inevitable relationship into something fateful.

But perhaps these mutual forces of attraction are also part of instructions. Is the West not an enormous trap into which Liebe is to be lured by this woman? Liebe feels as if he were in a flowering labyrinth. Does the West really shine so brightly; or is it merely the optical effect of a falling star? 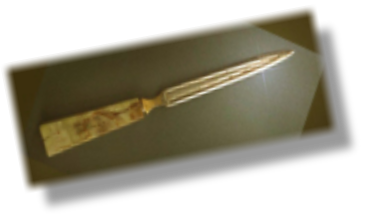 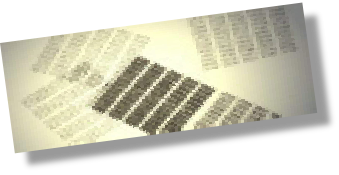 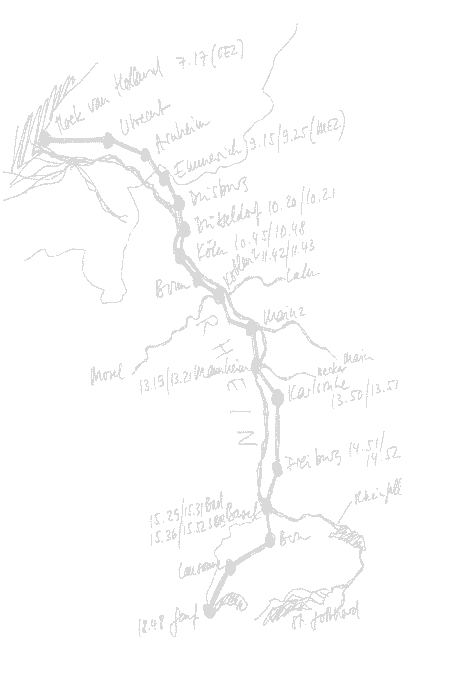 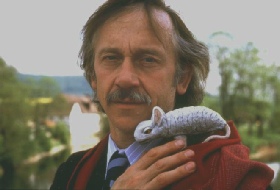 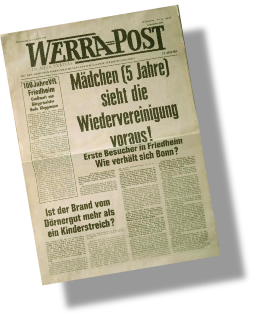 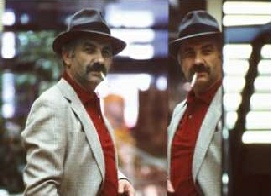 Pictures of beauty so surreal, that it's like   a  dream.."    Kölnische Rundschau

"A melodrama, staged with high formal   consistency, that traces the myths and   mysteries of Germany past." 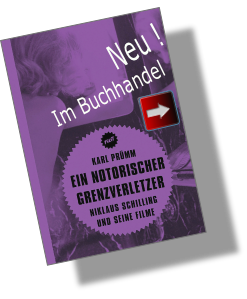